Looking for a new digital piano? Yamaha is a great place to start. We look at the Yamaha P71 vs P45 to point out any differences as you make your next big decision.

Yamaha P71 vs P45. Two models from one trusted brand.

What are their differences and is either worth buying?

The answer to that question starts in one place: Yamaha.

Unless you’ve been living under a rock, you’ve seen the Yamaha logo proudly displayed in just about every musical instrument store.

(And yes, Yamaha motorcycles is a division of the same company.)

Whether you’re an aspiring musician, musician-in-training, or professional musician comparison shopping for your next beloved instrument, a Yamaha product will undoubtedly make its way onto your shortlist.

And that’s probably what brought you here.

After all, conducting product research ensures your next purchase is a smart one. And we all want to be smart, don’t we?

You’ve come across the P (or portable) series from Yamaha and have questions about the differences between the P71 and P45 models of digital piano.

The Yamaha P Series is a lightweight version of an acoustic piano.

One would think the sound would be compromised and not as authentic, but for Yamaha this is not the case. Being that they are well renowned for their brilliant sounding acoustic pianos, it comes as no surprise that they were able to capture that sound and offer it digitally as well.

The P45 is the most affordable option with its price making it great for those beginning their musical pursuit.

And for music students, the P series meets all the requirements to be used in such courses. The natural sound and playability of the P series also has captivated and won over some of the most seasoned professionals.

This is why you’re here. Who comes out on top when we pit the Yamaha P71 vs P45?

The p71 is an Amazon Exclusive

The first thing to know is the P71 is an Amazon Exclusive product.

Yamaha made a deal with Amazon to only offer this specific model through Amazon in exchange for product placement with more promotion from Amazon.

The difference between the Yamaha P71 vs P45? There is none.

The comparison table below tells the story, but here’s the take-home message: These two pianos are 100% the exact same item.

The only difference is the private labeling of the P71 for Amazon.

For more information on the Yamaha P45, check out our Yamaha P45 review.

If you’re looking for a toy piano for a child that could end up collecting dust after the initial excitement wears off, stick to the throw around brands.

(That means don’t invest in a Yamaha.)

If you’re looking to decide if playing a piano could be right for you, by all means, pick up a Casio.

If you want a smaller, portable option that could fool the listener into thinking you’re playing a full-size acoustic piano, Yamaha is the way to go.

Again, the P71 is exactly identical to the P45 offering:

(With an included power supply and pedal.)

What it comes down to is paying for convenience.

If you want to walk into a brick and mortar instrument store and have a digital piano to take home today, you’ll probably pay a little extra for the P45.

Let’s take a look at Yamaha vs Other Major Brands

Yamaha is an industry-leading name, but they aren’t the only game in town. Let’s take a look at how they stack up against the competition:

But remember, comparing brands always is personal. Consider these four questions as you browse for your next digital piano.

With that in mind, let’s start with Yamaha themselves.

Even though Yamaha International Corporation (current Yamaha Corporation of America) was established during the 1960s the company did not officially change its name to Yamaha until its 100th anniversary in 1987.

For parents that go to Walmart wanting to buy their kid a keyboard, they typically reach for a Casio.

The price point is generally lower and they are a well-known brand to start out with. If the child is under the age of 13, the keyboard will likely see some serious abuse. Casio has proven over time to be durable and resilient to rough handling.

Of course, back in the 1980s a Yamaha PSS-170 was in just about every household, but these types of keyboards are more of a niche that suits Casio.

While Casio has been awarded more times than Yamaha, the price point, features and sound offered by Casio are best suited for beginners and hobbyists.

If you throw Yamahas other competitor Roland into the mix, it becomes a totally different ball game.

Roland is best known for its classic TR808 drum machine that was released in the 1980s and is still a widely used and favored instrument.

While yes, Roland does make a portable digital piano, notably the FP series, it is again hard to compare. Roland is a “go-to” for their synthesizers. While they make a great piano, it isn’t their “signature.”

Have you ever played the Yamaha P71 vs P45? Or maybe you prefer Casio, Roland, or some other brand? Comment below to share your experience! 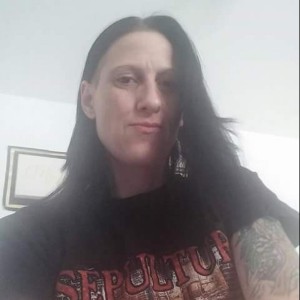